How old is Chrollo? 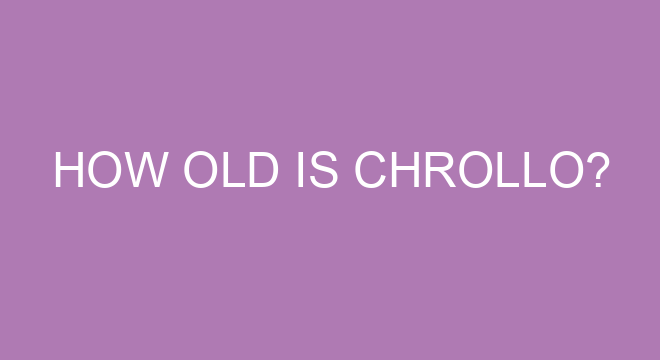 How old is Chrollo? 4/10 Chrollo Lucifer (26 Years Old). Founder and head of the infamous Phantom Troupe, Chrollo Lucifer came onto the series as a 26-year-old menace to society.

What personality type is Feitan? Feitan Portor: ISTP (Sadistic & Carefree). Feitan Portor, another Villain on the list and a part of the Phantom Troupe, is an ISTP.

What personality is Hisoka? Personality. Hisoka is portrayed as a cocky, boastful, hedonistic, and self-serving man. He has an insane blood-lust and enjoys fighting strong opponents.

Which anime character is INFJ? Visionary and compassionate, Izuku Midoriya tailors his entire life around one goal: to be a hero who brings hope and peace to all. In typical INFJ fashion, Midoriya (or “Deku” as he is often called) likes plenty of time to strategize his next move.

How old is Chrollo? – Related Questions

Is Hisoka a Entp?

While many type Hisoka as an ENTP, he seems more in line with an ESTP. Hisoka is constantly seeking a challenge or a thrill, often in the form of a worthy opponent. He chases down Chrollo purely out of a desire to challenge him, rather than having any kind of long term goal.

Is Ging an INTP?

8/10 Ging – INTP. Despite all that, Ging is very intelligent, able to focus precisely on subjects that interest him, and he can look deep into problems to come up with solutions.

Is Hisoka a sociopath or psychopath?

His unique quirks and oddball personality makes him one of the most recognizable characters from the show. Say what you will about Hisoka, but he is one of the most beloved anime psychopaths.

See Also:  Does Sung Jinwoo have a limit?

Which celebrity is INFP?

What was Shakespeare’s MBTI?

Three literary greats in history—William Shakespeare, William Wordsworth and J.R.R. Tolkien established bodies of work that are revered to this…

What MBTI is obito?

Obito Uchiha was an unhealthy ENFP personality type. He was overly sensitive to criticism and was convinced that only his views were valid.

Who is stronger Zegion or Diablo?

Is Chuuya a God?